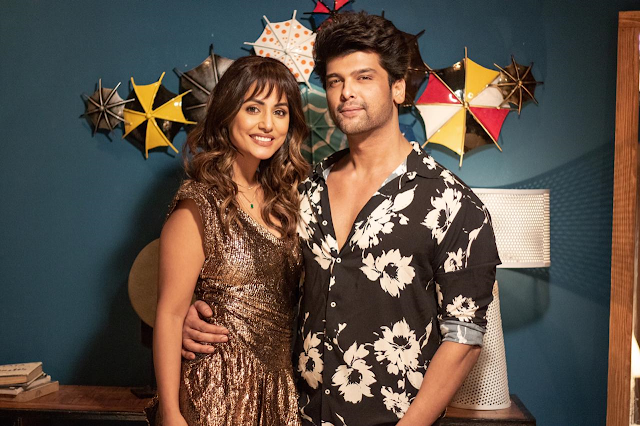 ZEE5 ADDS ANOTHER UNIQUE GENRE TO ITS CONTENT OFFERING. CONTINUES TO DOMINATE ORIGINAL CONTENT CREATION IN INDIA
GET READY TO FACE YOUR FEARS WITH ZEE5’S UPCOMING TECH HORROR FILM

by Shrutee K/DNS
National, 17th January 2020: ZEE5, India’s largest video streaming platform is all set to present an  app-solutely scary, sexy and fun tech horror film starring Hina Khan, Kushal Tandon, Aditi Arya and Rishabh Sinha.  Directed by Debatma Mandal and produced by Krasnaya Corporation LLP and Horse Films LLP, the film is currently under production and scheduled for a March 2020 release, exclusively on ZEE5.
The untitled tech horror film is a love triangle between  Suhani (Hina Khan), Amar (Kushal Tandon) and Riddhi (Aditi Arya). Things get ugly and scary when Suhani realizes that she is about to lose the man of her dreams Amar to her flat-mate Riddhi. Suhani will do anything to make it right, even if it is installing an app off the deep web that grants your darkest wishes. Will she succeed or get trapped in her own wrong doing? The film unravels that through its course.
Sharing her thoughts, actor Hina Khan said, “It was a nail-biting script and I knew I wanted to play the character from the word go. The script had me hooked from start to finish and in order for me to make full justice to the role, I will have to tune into a different mind space to get under the skin of this character. Looking forward to working with a fantastic cast as well as ZEE5 and while I am excited, I am also nervous.”
Looking forward to this project, Kushal Tandon said, “Tech horror is an extremely interesting genre and I am thankful that I got a chance to work with ZEE5 on this film. We have had extensive narration sessions and that has made me question on how technology can get the better of us! The script is well layered and every character has demons which will come alive as the film progresses.”
The film just went on floors and is set in uptown Mumbai.