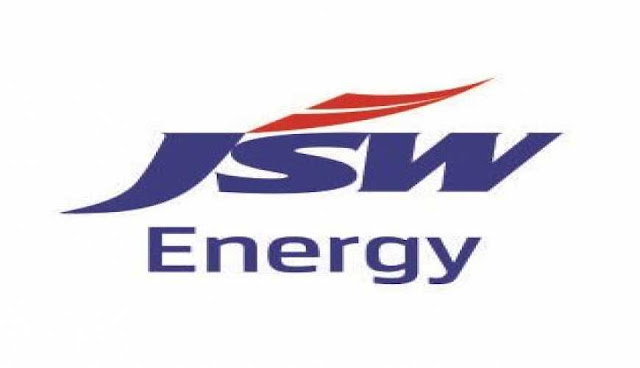 Vijayanagar plant secured PPA for 300 MW from Telangana State  for a period of 9 months beginning July 1, 2019

Focus on Balance Sheet strength continues; During the quarter Company reduced its Net Debt by ~₹636 Crore through prepayment/scheduled repayments; Net Debt to Equity at 0.85x

The Company’s Vijayanagar plant was awarded ‘Certificate of Safety’ by Department of Factories, Boilers, Industrial Safety and Health

Electric Vehicle (EV) Business: Given higher than anticipated uncertainties associated with the EV Business, the Company has decided not to pursue this business and maintain capital cushion for growth opportunities in power and other related businesses

The Board has approved the appointment of Mr. Sharad Mahendra as Additional, Whole-time Director of the Company for a term of 5 years, subject to approval of the Shareholders

Consolidated Operational Performance: During the quarter, consolidated deemed PLF was 54.0% as against 51.9% in the corresponding quarter of previous year.

PLF achieved during Q4FY19 at various locations are furnished below:
Vijayanagar: The plant achieved an average PLF of 37.4% as compared to 50.0% in the corresponding quarter of previous year due to lower short term power sales.

Barmer: The plant achieved an average deemed PLF of 86.1% as against 85.2% in the corresponding quarter of previous year.

Himachal Pradesh: The plants achieved an average PLF of 14.3% for the quarter vis-à-vis 14.0% in the corresponding quarter of previous year.

The net generation at different locations is furnished below:
(Figures in Million Units)

Consolidated Financial Performance Review and Analysis: During the quarter, total revenue increased by 7% on a YoY basis to `2,018 Crore from `1,879 Crore in the corresponding quarter of previous year primarily attributable to better realisations from LT PPA customers. The fuel cost for the quarter increased by 7% YoY to `1,191 Crore, primarily due to Rupee depreciation.

EBITDA for the quarter was `570 Crore as against `525 Crore in the corresponding quarter of previous year, an increase of 9%.

Finance costs declined to `276 Crore from `323 Crore in the corresponding quarter of previous year attributable to proactive debt repayment/prepayment.

Business Environment: In Q4FY19, India’s power demand growth declined to 1.6% YoY as compared to 7.5% in Q4FY18 due to prolonged winter, load shedding by discoms and tepid industrial activity. Excluding newly electrified North-East states, all other regions witnessed a slump in the demand.  Commensurate with weak demand, overall power generation growth was also weak at 1.5% in Q4FY19 on a YoY basis. However, Renewable and Hydro generation growth were healthy at 21.4% and 20.1% in Q4FY19 respectively. PLF for Thermal segment was lower at 61.5% in Q4FY19 vis-à-vis 63.0% in the corresponding quarter of last fiscal, primarily due to decline in State sector PLFs.

Post the highs in October 2018, the merchant power prices moderated averaging at ₹3.18/unit for the quarter. This was ~9% lower on a YoY basis and ~26% lower on QoQ basis.

Since October 2018, the INR has traded with an appreciation bias, due to moderation in international crude oil prices, narrowing trade deficit and recovery in FPI investment flows. Average value of INR appreciated ~2% on a QoQ basis. Going forward, the stance of the US Federal Reserve, trends in crude oil prices, global growth and resolution of global trade related concerns will be the driving factor for INR. The average API 4 Coal Index witnessed a sharp decline of 14% on a QoQ basis and 12% on a YoY basis in Q4FY19.

Outlook: As per the Monetary Policy Committee of India (MPC), global growth is on a decelerating trend on account of elevated trade tensions, tighter global financial conditions, uncertainty around Brexit and economic slowdown in China. This can impact India’s exports and thereby adversely affect the economic activity.

On the domestic front, real Gross Domestic Product (GDP) growth moderated to 6.6% (8.2% / 7.1% in the first / second quarter respectively) in the third quarter of FY19, the lowest in last five quarters. This was majorly attributable to moderation in consumer spending and subdued growth in the agricultural and manufacturing sectors. In FY20, MPC expects slackening of urban and rural demand as well as investment activity and hence downward revised the GDP growth projection by 20 bps to 7.2%. However, Gross Fixed Capital Formation (GFCF) growth remained robust in Q3FY19, with GFCF to GDP ratio rising to 33.1% vis-à-vis 31.8% in the corresponding quarter of last fiscal.

The inflation trends remained benign in the recent months, though susceptible to volatile crude oil prices. In line with a controlled inflation rate, MPC further reduced the key policy rate by 25 bps in its First Bi-monthly Monitory Policy in FY20 and maintained a neutral monetary policy stance. This is the second consecutive rate cut from MPC.

The power demand over the next 3 to 5 years is expected to improve backed by various schemes undertaken by the Government such as “Power for All”, “24 x 7 Power”, and SHAKTI. The country almost achieved universal household electrification in FY19 which should enhance the power demand from rural India. This, coupled with the retirement of old and inefficient plants and limited capacity addition going forward, should lead to better utilization of existing Thermal capacity over the medium to long term. The sector is also likely to see increased consolidation with several stressed power assets available at attractive valuations, which will further aid the demand-supply balancing. However, volatility in imported coal prices and merchant prices, and domestic coal availability especially for private sector power plants continue to remain key concerns for the sector.

ABOUT JSW ENERGY LTD: JSW Energy Ltd (JSW Energy) is one of the leading Private sector power producers in India and part of the USD 13 billion JSW Group which has significant presence in sectors such as Steel, Energy, Infrastructure, Cement, Sports among others. JSW Energy has established its presence across the value chains of power sector with diversified assets in power generation, transmission and mining. With strong operations, robust corporate governance and prudent capital allocation strategies, JSW Energy continues to deliver sustainable growth and create value for all stakeholders. JSW Energy began its commercial operations in FY’2000, with the commissioning of its 2x130 MW thermal power plant at Vijayanagar. Since then, the company has steadily enhanced its power generation capacity from 260 MW to 4,541 MW and has a portfolio of Thermal (3,140 MW), Hydel (1,391 MW) and Solar (10 MW), ensuring diversity in geographic presence, fuel sources and power off-take arrangements. JSW Energy is committed to pursue growth opportunities in the power sector and contribute in powering our nation’s economy.