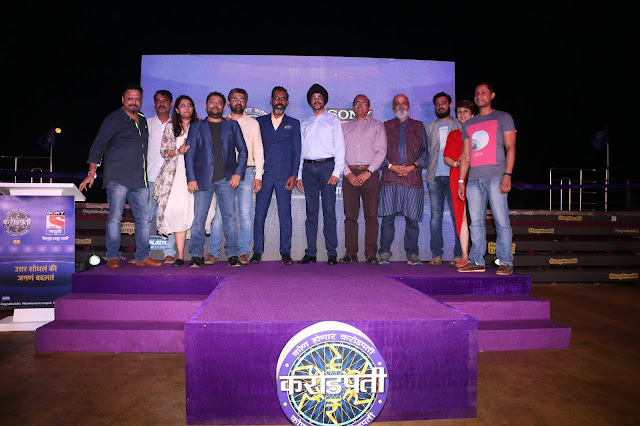 The game show will be hosted by director parexcellence Nagraj Manjule and will telecast on weekdays starting 27thMay onwards on Sony Marathi
Through out our lives, we are faced with several questions that perplex us. However, as wegrow and move on in life, there are some questions that remain unanswered andrefuse to go away from our minds. But then, there comes a eureka moment, adecision we take that helps us to find the much-needed answer to the questionand changes our life forever. With the tagline ‘Uttar Shodhla Ki Jag Badalta’ (The world changes once you find theanswer), ‘Kon Honaar Crorepati’ onSony Marathi, inspires people to find the much-needed answer to the questions thatchallenge them and invite their participation to the game-show, a decision thatcan change their life forever. 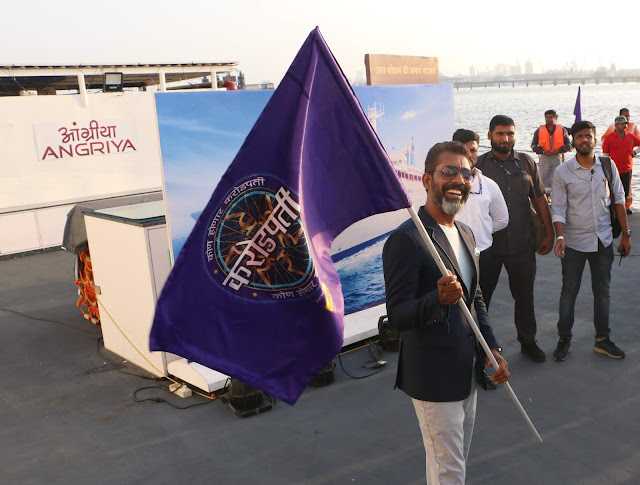 The show is an ode to the everyday heroes – the common man. The people who strivehard for a better life and inspire several others in the process. The unsungheroes who despite their stellar work and selfless contribution are seldomacknowledged. Till date, in the previous three seasons, the show has been knownto have film stars as hosts. However, the first season on Sony Marathi takes aunique spin with director par excellence, Nagraj Manjule, as the host of thegame show. Known for his films that project the common man as the hero, SonyMarathi aims to bring to the fore stories of the common man through thedirector’s unique take on them. 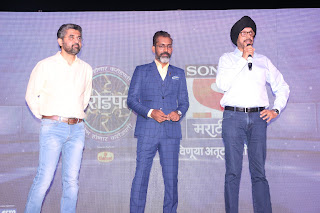 Aspart of a distinct strategy devised by Sony Marathi, Kon Honaar Crorepati was launched on the famous Angriya Cruise.With the theme ‘Chala Nighuya UttarchyaShodhat’ (Come Let’s Go and Find the Answer) the media embarked on an incredible journey, amidst much fanfareon the cruise to find the answers to the launch of the popular game show.  The Angriya Cruise derives its name fromfamed warrior Kanhoji Angre, who wasthe first admiral of the Maratha navy. This fearlessand brave warrior entered the battlefield at the age of 13 years and never losta single battle. Thanks to his invincible nature, Kanhoji Angre was known asthe Shivaji of the Indian Ocean, whohas inspired innumerable people till date. Now isn’t that a unique way ofsharing knowledge to our media fraternity? Ajay Bhalwankar, Business Head, SonyMarathi: “We are thrilled to presentKon Honaar Crorepati in a new avatar to our viewers and its definitely going tobe better than its previous seasons. Right from the choice of the host, to thelifelines and special ‘Karamveer’ episodes, there is a lot of effort put in toensure that the common man is the champion of the show. This is the first timethat an actor isn’t hosting the show. Nagaraj Manjule was the perfect choice asthe host for us, as he connects with people in their local dialect and puts thespotlight on them and their stories. We couldn’t be happier to have him makehis debut on television with us on Sony Marathi for this show. 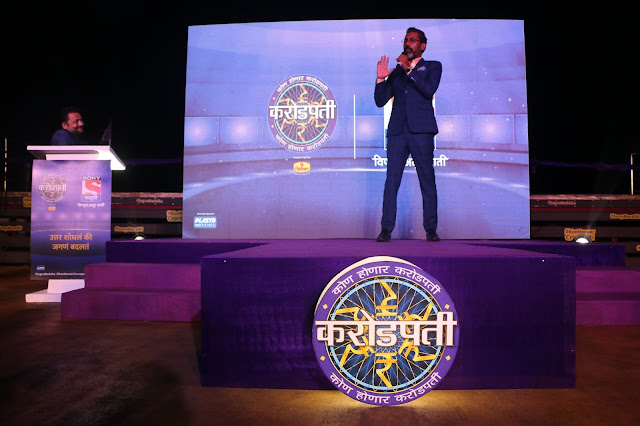 Nagraj Manjule, Host, Kon HonaarCrorepati: “This show has many firstsfor me. From making my debut on television, to being a host for the first timeever and singing the title song of Kon Honaar Crorepati, I’ve given it my allfor this game show on Sony Marathi. Its unchartered territory for me, but thefact that this show connects with the common man and their dreams, is somethingthat I can totally relate to. I hope to host this game show to the best of myability and succeed in my debut on television.” 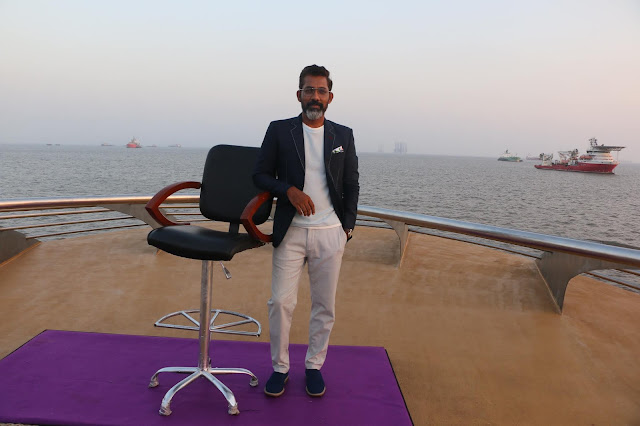 KonHonaar Crorepati which will air on television from 27thMay onwards promises to be a unique and truly out-of-the-box experience notonly for its contestants, but also for its viewerswatching the game show from home, as they get to Play Along and win big throughthe SonyLIV app.
Save the date and tune in to Sony Marathito watch Kon Honaar Crorepati from May27th onwards every Mondayto Thursday from 8.30 p.m. to 9.30p.m.