11% of Individuals suffer from Depression Disorder in Maharashtra-Poddar Foundation

Poddar Foundation Raises Awareness on Tackling Negative Body Image, Stress Management to the Grassroots in Maharashtra
Poddar Foundation’s ‘Silence Todo’ Campaign focuses on breaking the stigma around mental health and related issues.
Paucity of mental health experts in rural India makes it difficult for patients to avail of medical help
Depression in rural areas ranges from 11 percent to 80 percent in different states. In the rural areas of Maharashtra, around 11 percent of individuals suffer from Depressive Disorder by the age of 18.

Mumbai, June 2019: World Health Organization estimates that almost 7.5% of Indians suffer from a mental disorder that requires intervention. Unfortunately, only a fraction of these are aware about mental illnesses and seek professional help. For a large number of people particularly from low socio-economic backgrounds, mental health awareness in India is still in its nascent stage and initiatives to address the same are almost non-existent.
Poddar Foundation, a leading social organization working in the field of mental health, aims to change this with its community based initiatives focused at creating awareness, breaking taboos and helping people overcome challenges that make them vulnerable to mental illnesses. Pressures of a negative body image and stress are two such major challenges that are prevalent as much in the rural milieu as in the urban society. 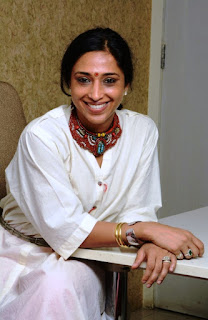 “The social challenges to mental health such as negative body image to reach a majority of people in India living in the rural and semi urban areas. Body shaming is not just an urban phenomenon, it impacts most of us, on a daily basis.Negative self image and low self esteem have a significant impact on the mental health of an individual. At Poddar Foundation, we are taking these issues to the masses and enabling people from all strata of the society  to confront and tackle these problems,” says Dr Prakriti Poddar, Managing Trustee, Poddar Foundation. As part of the Mental Health Awareness week, Poddar Foundation conducted workshops across rural and semi urban parts of Maharashtra, bringing people from all walks of life -- children, young adults and women together, to talk about issues affecting their well-being. The workshops were conducted in Karjat, Panvel, Malad and Matunga, where hundreds individuals discussed body shaming as a significant issue impacting one’s self esteem and mental health.
Activities such as role plays and ‘Walk the Ramp’ were initiated to instill a sense of confidence in women and children. Anganwadis, Samaj Mandirs and community schools opened their doors to welcome this change in perspective increasing their awareness and helping them understand the consequences of a ‘perceived’ negative body image. 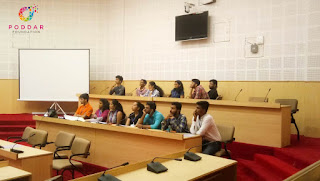 Poddar Foundation also collaborated with Yuvak Biradari to facilitate a workshop on Mental Health Awareness focusing on Stress Management in Nashik as a part of a 6-day campaign. It involved interactive activities and skits aimed at identifying and understanding stressors and implementing solutions for problems. Adolescents who participated in this workshop were enriched with the understanding of controlling irrational thoughts. The National Mental Health Survey 2015-16 reveals that one in 20 Indians suffers from Depression. It is estimated that in 2012, India had over 258,000 suicides, with the age-group of 15-49 years being most affected.
While mental health experts, psychiatrists, psychologists are easily available in urban areas, people belonging to rural areas or low socio-economic communities find it hard to avail of medical help or support. Moreover, the stigma attached to mental illness, prevents them from seeking ‘help’.