VYRL Cover Star in association with Gaana ends on a high octane. 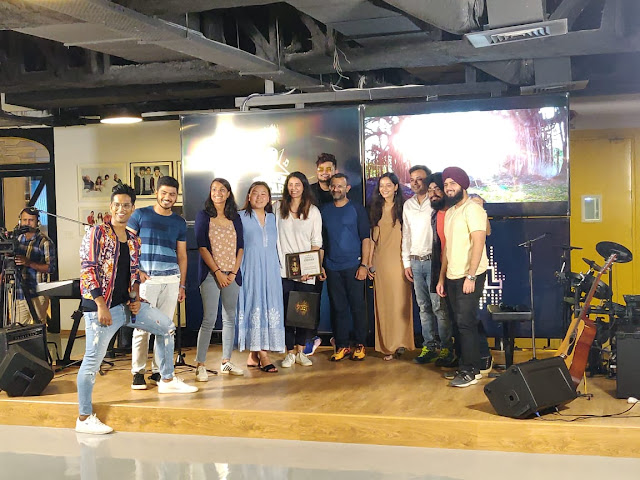 Mumbai: VYRL Originals recent release “SAJNA VE” having crossed over 10 million views in just a week, had the youth crooning to its tunes. As an extension to the ‘SAJNA VE’ Campaign, VYRL Originals associated with Gaana.com to launch VYRL Cover Star, an extensive marketing initiative which gave music enthusiasts an opportunity to perform LIVE in front of Sajna Ve’s celebrated artist Lisa Mishra and Vishal Mishra.

The contest became an instant hit with over 500 entries across the nation. The talented top 5 finalists were handpicked by Vishal Mishra and Lisa Mishra and were flown down from their respective cities to perform LIVE in front of them. The finalists performed two of their favorite VYRL tracks that was Live streamed on VYRL Originals and Gaana’s social media handles.

Vinit Thakkar, Senior Vice President India and South Asia, Universal Music Group along with Prashan Agarwal, CEO of Gaana co-judged the final showcase with Vishal and Lisa. Top 5 finalists namely - Aishwarya Kamath, Vedant Pundir, Tenzin Wangmo, Shweta Srivastava, Gucci Singh and Jasraj Singh wowed the audience with impeccable renditions of the songs. The night ended on a high note with Lisa and Vishal’s mesmerising performance. Shweta Srivastava stood out amongst all the participants to become the winner of the 1st ever VYRL Cover Star.

Speaking about the initiative, Vinit Thakkar Senior Vice President, Universal Music Group India & South Asia shares “VYRL Cover Star gave an opportunity to the fans to get closer to the artists and their mentors. We are glad about the response we have received on this initiative. It was amazing seeing the participants perform on VYRL Originals songs, each one being unique in its own way. And it was a privilege to associate with Gaana on this initiative. With the response of the VYRL Cover Star campaign, we are sure that we have immense talent in the country and on the right path to bring out the best. VYLR Originals as a platform gives an opportunity to such talent” 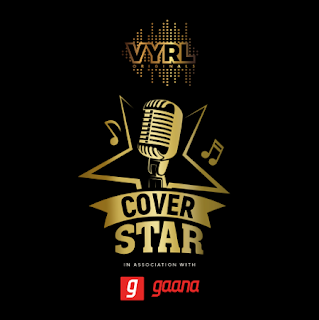 Commenting on the association with VYRL, Prashan Agarwal, CEO Gaana shares “We are excited to be partners with VYRL Originals for #VYRLCoverStar. At Gaana, we have been finding newer ways to encourage the potent of Indie music scene. Our #VYRLCoverStar campaign has received over 450 promising entries from across the country and I truly believe our winner holds the promise to be among the next big music sensations out of India.” Sharing his excitement, Vishal Mishra says “I had a great time being a part of the VRYL Cover Star contest and as a creator it’s so overwhelming and humbling that so many people do their own renditions of my own song. It like I smell it differently every time somebody new performs. As a whole it has been a great experience working with the VYRL team, I think it’s the most amazing and vision full team I have worked with and I have had a great time. And to all the participants of VYRL Cover Star I wish them a lot of luck and love and to the winner I shall see you in the studio soon. And Can’t wait to repeat the magic again with VYRL Originals ”

Sharing her excitement, Lisa Mishra says “I’m so thankful to everyone who participated in this competition. We had nearly 500 entries and of course I was so excited to finally meet our Top 5. Every single person today gave their best, sounded amazing and all of them sounded very different and fresh. I think all the artists were very young and with voices that I have never heard before. I’m so glad to see Shweta win because she has an incredible voice and I’m excited to see her future work because I’m sure she is going to go very far”.


VYRL Originals – An EMI Records India Property: VYRL Originals is EMI Music India’s latest music property created to promote independent non-film music. This unique property is once again led by noted film director Mohit Suri - known for his excellent taste in music. Mohit will be curating every aspect of each track that is being produced. Right from the composers, lyricists to the singers, each of them have been carefully worked on and handpicked by the director himself. The sound will be in line with contemporary Bollywood music with great production values, albeit without the canvass of a film. The tracks under VYRL Originals will be launched simultaneously across every streaming service – in India as well as Globally - and will sit amongst today’s popular Bollywood songs giving the music lover a seamless listening experience.