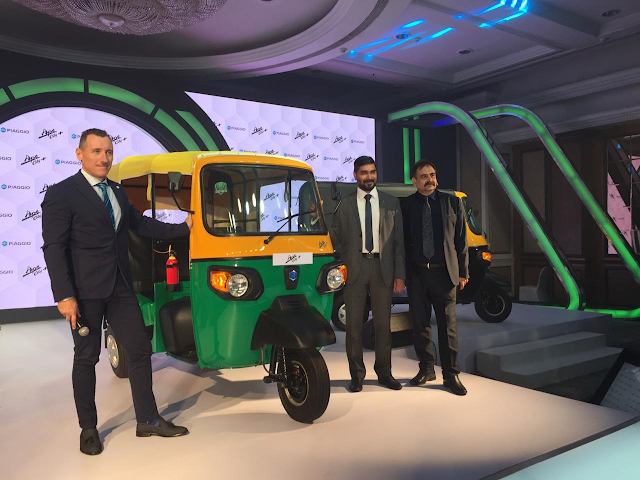 Mumbai, 14th June, 2019: Piaggio Vehicles Pvt Ltd (PVPL), a 100 % subsidiary of the Italian Piaggio Group (European leader of the 2Wh sector) and India’s leading manufacturer of small commercial vehicles launched the new Ape’ City+ and marked its entry into the mid-body segment of 3 wheelers. The newly launched Ape’ City+ has India’s first 230 cc engine with 3 valve technology in the AF category. This product is an all new ground up platform jointly developed by Piaggio’s product development teams from Italy and India.  Ape’ City+ will be available in 4 fuel variants- LPG, CNG, Petrol and Diesel.

The new Ape’ City+ combines international style with enhanced features for better performance. It caters to the urban and suburban needs by providing features that sets it apart from any other offering in the 3Wh mid-body segment. The Ape’ City+ includes various new improved features like best in class Mileage, Highest Power & torque In its class, increased headroom, best-in-class legroom, extra luggage space, higher ground clearance, stepless entry making it ideally suitable for multi-modal passenger transport in the evolving urban space. Ape’ City+ will be available in three distinctive colours basis the market requirements. Ape’ City+ customers will be given warranty of 36 month/ 1 lac kms. (whichever is earlier) for the CNG/LPG & Petrol variants along with the Super saver scheme which makes it the most attractive value creator in its space. Under the Super saver scheme customers get the benefit of 5 scheduled services free of cost with no charges for general maintenance, parts, and labour in the 1st year. The Ape’ City+ Diesel variant comes with a 42  months/ 1.2 lac kms super warranty (whichever is earlier). 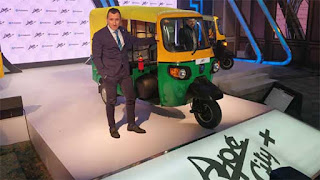 Speaking on the occasion, Mr. Diego Graffi, MD & CEO of Piaggio Vehicles Pvt. Ltd. said, “The last mile passenger transport dynamics in changing rapidly as cities are expanding into suburbs. There is a requirement of a versatile commercial people carrier which can cater to both in-city and outskirt applications. Keeping this in mind we have developed the new Ape’ City+ which is suitable for both city as well as outskirts and it will definitely address the gap which is there in the last mile connectivity. It has been designed in such a way that it will give our customers assured superior performance. It is a revolution in the 3-wheeler mid-body segment. It is equipped with India’s 1st 230cc 3-valve technology engine in alternate fuel variant and proven 436cc engine in the diesel variant both of which offer great power. With the 3-valve technology engine, our customers are assured to have greater earnability with low maintenance cost. Its features make Ape’ City+ a preferred choice in the mid-body segment of 3 wheelers.” Ape’ City+ is power packed with features which is bound to make every ride a happy ride.

About Piaggio Vehicles Pvt. Ltd: Piaggio Vehicles Pvt. Ltd. is a 100% owned subsidiary of the Piaggio Group. The Company commenced operations in India in 1999 with the launch of the three-wheeler brand Apé, which was an immediate success and has grown from strength to strength over the years. PVPL created the market, grew it, and has sustained a dominant position in the Diesel and Alternate fuel 3 wheeler segments. Piaggio is a leading player in the light transportation industry with a complete range of three and four wheelers in Diesel, Petrol, CNG, LPG fuel variants. The Company’s products are not only endorsed by over 2.5 million satisfied customers across India but also exported to more than 50 countries worldwide.
Piaggio has a state-of-the-art manufacturing plant at Baramati in Maharashtra, [with an installed annual production capacity of over 300,000 three-wheelers and 80,000 four-wheelers]. It is also self-reliant in some of the engine categories with the completion of its advanced engine plant on the same campus. Piaggio has an over 3000-strong work force comprising experienced engineers, R&D specialists, plant workers, sales, service and marketing professionals.