Passion and perseverance the key to success of Red Diamond Hospitality 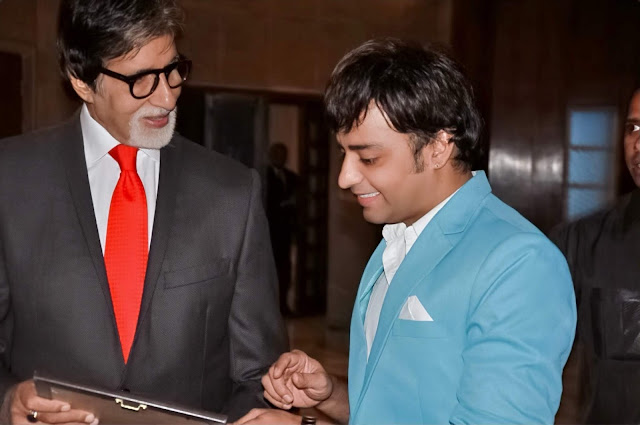 by Shrutee K/DNS
Mumbai 17th June, 2019: Turning your dreams into reality is not an easy task. Dreams need to be nurtured and transitioned into reality through sheer dent of hard work, passion for excellence and consistent perseverance. No one bears more testimony to this fact than Dheeraj Sharma, CEO of Red Diamond Hospitality. The journey of Dheeraj Sharma from a hospitality industry professional to starting his own event management venture is a story of unparalleled professionalism and risk-taking ability, a journey to create one’s niche identity and brand image.
“Right from the time I started my career in Hotel Management in Delhi, I knew that a regular 9-5 job routine was not my cup of tea. A creative thought process and innovative mindset was beckoning me to start something on my own. The idea to branch out on my own and create an entrepreneurial enterprise led to the genesis of Red Diamond Hospitality,” stated Dheeraj Sharma.
Dheeraj Sharma started his career in the hospitality industry in early 2010 after getting accreditation in Hotel Management from Delhi. Working with various Five Star hotels in various capacities, he was exposed closely to the workings of the hotel domain. However, he soon realized that a normal job was not his cup of tea and his knowledge, expertise and experience could be put to better use which could benefit others as well.
Dheeraj launched Red Diamond Hospitality (RDH) Events in early 2012. In its initial days, the company focused on small budget events within the local boundaries of Haryana. The Industry was then in a nascent stage and convincing people to hire the services of an event management company to manage their events was not an easy task. However, tackling key challenge areas and managing to convince people of his credibility and execution capabilities enabled Dheeraj to establish his operational footprint to Delhi & NCR and eventually on a Pan-India basis.
Since then, the name Dheeraj Sharma and Red Diamond Hospitality have become synonymous with grand-scale spectacular events and managing big-ticket events from wedding planning to full-length shows. Red Diamond Hospitality have been associated with managing the events of big names in the music industry like Gurdaas Mann, Sharye Mann, Daler Mehndi, Kailash Kher, Sonu Nigam, Pankaj Udhaas Shaan, KK,  and Nizami Bandhu/ Brothers. They are also known for the celebrity management of big stars from the film and entertainment industry like Shahid Kapoor, Randeep Hooda, Prem Chopra, Vivek Oberoi, Mahima Chaudhury, Shilpa Shetty,Sunil Grover, Kapil Sharma, Ali, Raju Shrivastav, Terrance Lewis, Dharmesh,  and Rimmi Sen. Dheeraj is also close to the Shahenshah of the Film Industry, Amitabh Bachchan.
In a short span of time, Dheeraj Sharma and Red Diamond Hospitality has created a reputable and credible name for itself and established new benchmarks of service excellence as a successful Event and Celebrity Manager. Dheeraj Sharma’ elder brother Anuj Sharma is a renowned Mumbai-based actor who has proved his acting mettle in movies and daily soaps like Luck by Chance, Padmavat, Crime Patrol and Saavdhan India. Both Anuj and Dheeraj have the foresight, capability and vision to take Red Diamond Hospitality to new heights.