MG EZS pure EV SUV to be Made In India 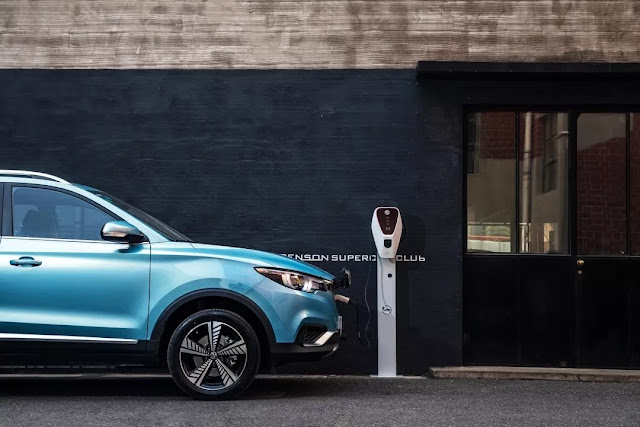 Production of zero emissions internet car marks new era in Indian manufacturing; first video released on #WorldEnvironmentDay
New Delhi: MG (Morris Garages) announced that its global pure EV – the MG EZS, will be manufactured at its facility in Gujarat, ahead of its introduction in India in December this year. The carmaker, on world environment day, released a video of the first prototype being produced at its state-of-the-art manufacturing facility in Halol.
With a full-sized boot and room for five, the MG EZS is the perfect car for people who want to go electric but also need the space and practicality of a compact SUV. The carmaker aims to contribute towards a better tomorrow for all, by providing environment-friendly mobility solutions, as part of its long-term commitment to the market. Few vehicles are currently being tested in extreme climatic conditions across India.
“The MG EZS, as one of the first locally produced global EVs, will mark a new chapter in environment-friendly mobility in India. We are delighted to be one of the first carmakers to enter this space in India. aim to bring accessible electric motoring to the customers in India upon its introduction by the end of this year,” said Rajeev Chaba, President & Managing Director, MG Motor India.
The video of the first MG EZS prototype manufactured at MG India’s Gujarat plant can be witnessed here: https://youtu.be/5bv0IxD4lJA
MG Motor India has so far made an investment of INR 2,200 crores at its plant and has installed an all-new assembly line, a press shop, a body shop, a parts distribution centre, a testing track and a new state-of-the-art training facility in the plant – all within a span of 18 months. The plant also has a captive vendor park to facilitate aggressive localization for all MG vehicles. The company’s first vehicle in India, Hector, will be launched later this month with high level of localized content.
About MG Motor India: Founded in the UK in 1924, Morris Garages vehicles were world famous for their sports cars, roadsters, and cabriolet series. MG vehicles were much sought after by many celebrities, including the British Prime Ministers and even the British Royal Family, for their styling, elegance, and spirited performance. The MG Car Club, set up in 1930 at Abingdon in the UK, has more than a million loyal fans, making it by far one of the world’s largest clubs for a car brand. MG has evolved into a modern, futuristic and innovative brand over the last 95 years. With plans to soon introduce its brand of vehicles in the Indian market, MG Motor India has commenced its manufacturing operations at its car manufacturing plant at Halol in Gujarat. The first of these modern MG cars - “HECTOR” will be made available to the Indian customers soon.