ZEE5 ANNOUNCES A HEARTY DOSE OF LAUGHTER WITH ‘COMEDY SHOTS’ 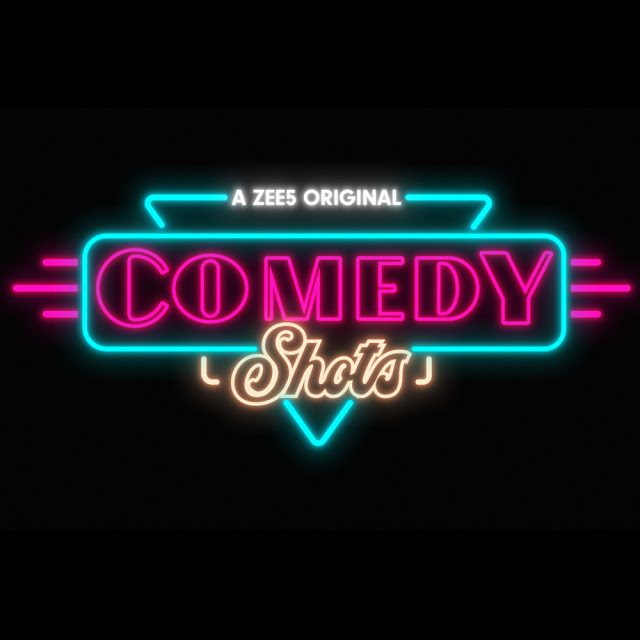 The topics for ‘Comedy Shots’ have been carefully handpicked and creatively rendered. Each artist developed a new script and performed it in the presence of a live audience at a studio in Mumbai. It was a full house and the audience gave a unanimous cheer for each of the acts.

Sharing his thoughts about the show, ­ Anubhav Singh Bassi said, “Stand-up comedy has gained significant momentum in India and it is amazing how it has taught each one of us to laugh at ourselves. We are excited to put this show together on ZEE5 and are hoping to reach a wider audience with the platforms extensive reach.”

Sharing his experience Rahul Dua shares “There is nothing better for a comedian that his jokes are appreciated by the audience, and I'm thrilled that this happened at the Zee5 shoot. Looking forward for the show launch. Keeping fingers crossed!”

Aparna Acharekar, Programming Head, ZEE5 India said, “We at ZEE5 are trying to curate a diverse bouquet of content for our viewers and with Comedy Shots we foray into a new segment. The show received a fantastic response from the live audiences and we are now looking forward to the reactions we receive on the platform. The promising talent pool of comedians promise to entertain our subscribers with relatable topics in their own style.”

With over 3500 films, 500+ TV shows, 4000+ music videos, 35+ theatre plays and 90+ LIVE TV Channels across 12 languages, ZEE5 truly presents a blend of unrivalled content offering for its viewers across the nation and worldwide. With ZEE5, the global content of Zindagi as a brand, which was widely appreciated across the country, has also been brought back for its loyal viewers.

About ZEEL: Zee Entertainment Enterprises Ltd. (ZEE) is a worldwide media brand offering entertainment content to diverse audiences. With a presence in over 173 countries and a reach of more than 1.4 billion people around the globe, ZEEL is among the largest global content companies across genres, languages, and platforms. ZEE is present across broadcasting, movies, music, digital, live entertainment and theatre businesses, both within India and overseas. ZEE has more than 250,000 hours of television content and houses the world’s largest Hindi film library with rights to more than 4,200 movie titles across various languages. ZEE has also produced several movies for theatrical release and is the fastest growing music label in India. www.zeeentertainment.com