*Atharva Karve in a Dashing Look* 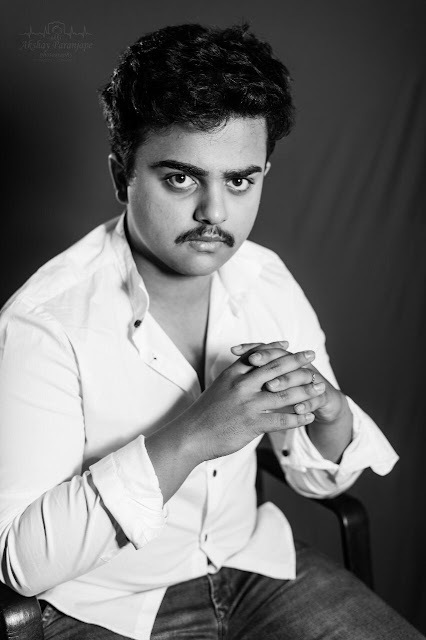 Virtuous, sweet, innocent & simple .. these adjectives are applied to our own ‘chocolate boy’ Atharva Karve.
We have all seen Atharva Karve in marathi reality shows like Eka Peksha Ek, Sa Re Ga Ma Pa and currently running show Vithu Mauli where he is playing the role of  Bhakta Pundalik.
Recently, Atharva Karve has done a photoshoot in dashing and dapper looks and posted them on his social media networks.
His fans are intrigued by his new ferocious look.
He is getting a lot of appreciation on the social media for the same.
It remains a secret if he is really trying to break his ‘chocolate boy’ image?