On the occasion of Christmas, students from the NGO trained by FSM perform at mall 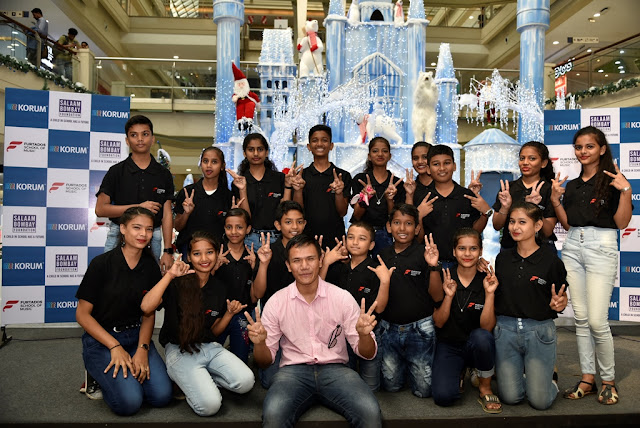 Korum Mall and Furtados School of Music announce scholarship for children from Salaam Bombay Foundation
Mumbai, December 24: Korum Mall being one of the most popular landmark of Thane is known to take thoughtful steps to ensure they benefit the society at large. It was indeed a joyful Christmas as Korum joined hands with Furtados School of Music (FSM) and took children from Salaam Bombay Foundation (SBF) under their wing to put up a melodious musical show. The children used the platform well and left the audience ‘merry and joyful’ after their soulful performance.
SBF is a NGO that works towards keeping adolescents in school by empowering them to make the right choices about their health, education and livelihood thereby ensuring that they can thrive with a bright future. Through this association Korum and FSM are working towards helping SBF achieve their goal by helping their students learn music and express their emotions fearlessly. 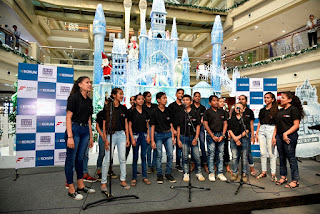 Further to add on to the excitement, FSM finalized a few talented students from the batch to provide them with scholarships, guide them through professional training and give them a chance to explore a career in music. These kids will then form a musical band which would facilitate performances on a larger scale and make a great contribution in shaping their life. Speaking on the occasion, Mr. Deva Jyotula, Retail Head at Kalpataru Limited, said “Korum mall believes that every child is special and they should be given the equal opportunities to rise in their life. Not just that, but giving them a platform like “Shining Stars” will surely help them recognize their strengths and build confidence to pursue their love of music. It is a great feeling to support Salaam Bombay Foundation with a strong partner like  Furtados School of music and extending this joint  initiative a grand success”
About Korum Mall: Since its launch in 2009, Winner of 58 National and International Awards, KORUM Mall has emerged as one of Thane's and Central Mumbai's most loved and visited shopping destinations. A property of the Kalpataru Retail Ventures Pvt. Ltd., a Kalpataru Group company, KORUM brings an unsurpassable international shopping experience to Thane. Located in the heart of Thane city on the Eastern Express Highway, it is easily accessible from all the parts of the city & central suburbs of Mumbai. Having a distinct imaginative & award winning design, KORUM is one of the City’s largest retail development with a total constructed area of 10 lac sq. ft. & a retail built up area of 4.5 lacs sq. ft.
About Salaam Bombay Foundation: Salaam Bombay Foundation toils towards children with an objective of increasing awareness about the health hazards of tobacco use and reduce its consumption rates across the state.
About Furtados School of Music: Furtados School of Music was founded in July, 2011, with a vision to make quality music education accessible to children and individuals, young and old, making the entire learning process fun-filled, joyous and memorable.