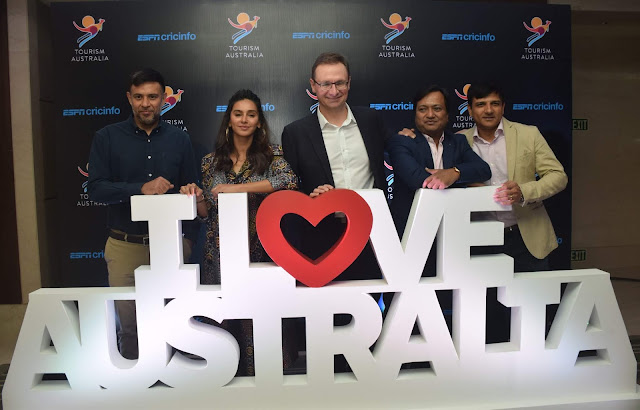 October 29, 2018, National: The sport of cricket surpasses all forms of popular entertainment in India and the evolution of the digital medium has made the pitch even more accessible to fans than ever before with scores, replays, and analysis just being a tap away on their screens. As cricket enthusiasts flock online and spend more time viewing content around the game, capturing their interest is a big opportunity. To leverage this opportunity during the upcoming tour of the Indian cricket team to Australia, Tourism Australia and ESPNcricinfo have collaborated on a media content partnership, UnDiscover Australia, to showcase glimpses of the country beyond the on-field action at its iconic cricket stadiums.
The content series aligns with Tourism Australia’s recently launched campaign that seeks to showcase some of Australia’s unexpected tourism experiences to potential travellers by challenging existing perceptions and stereotypes about the destination. ESPNcricinfo prides itself in creating credible quality content for cricket fans and is known to be a preferred app of a premium, empowered and increasingly knowledgeable audience, making them the perfect partner to fuel the discovery of exciting content providing a fresh perspective on Australian holiday experiences. 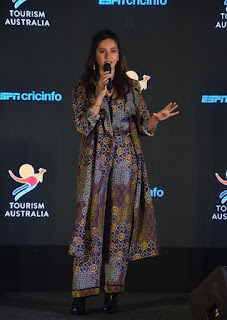 Bringing the content series to life is ESPNcricinfo presenter and popular actor, Shibani Dandekar, who visited the five Australian States that are hosting matches including Western Australia, Victoria, New South Wales, South Australia and Queensland to explore undiscovered gems of holiday experiences. In addition to her travel exploits, the series also features interactions with Australian cricketing talents – Shaun Tait, Brad Hogg, Brad Hodge, Ed Cowan and Andy Bichel who in addition to talking all things cricket, showcase their hometowns and Australia as a holiday destination to their Indian fans and followers. Shibani, who is admired for her cricket knowledge and dynamic anchoring style, also spent her formative years in Australia making her a perfect fit for the content series. Some of the highlights of Shibani’s tour include a selfie with the world’s happiest animal – the quokka at Rottnest Island near Perth, watching the penguin parade at Phillip Island in the surrounds of Melbourne, a picnic in the wild at Kangaroo Island in South Australia, a visit to the pristine Blue Mountains near Sydney, kayaking in the city of Brisbane amongst many others.

Speaking on the occasion, John O’Sullivan, Managing Director, Tourism Australia said, “Tourism Australia is keen to gain a greater share of the Indian outbound travel segment and attract more High Value Travellers to Australia by best leveraging the growing influence of the digital medium, especially through effective content partnerships that best showcase the diverse range of Australian experiences. Our renewed marketing focus is on fewer but bigger, bolder and more impactful campaigns and the partnership with ESPNcricinfo is in sync with this strategy.” 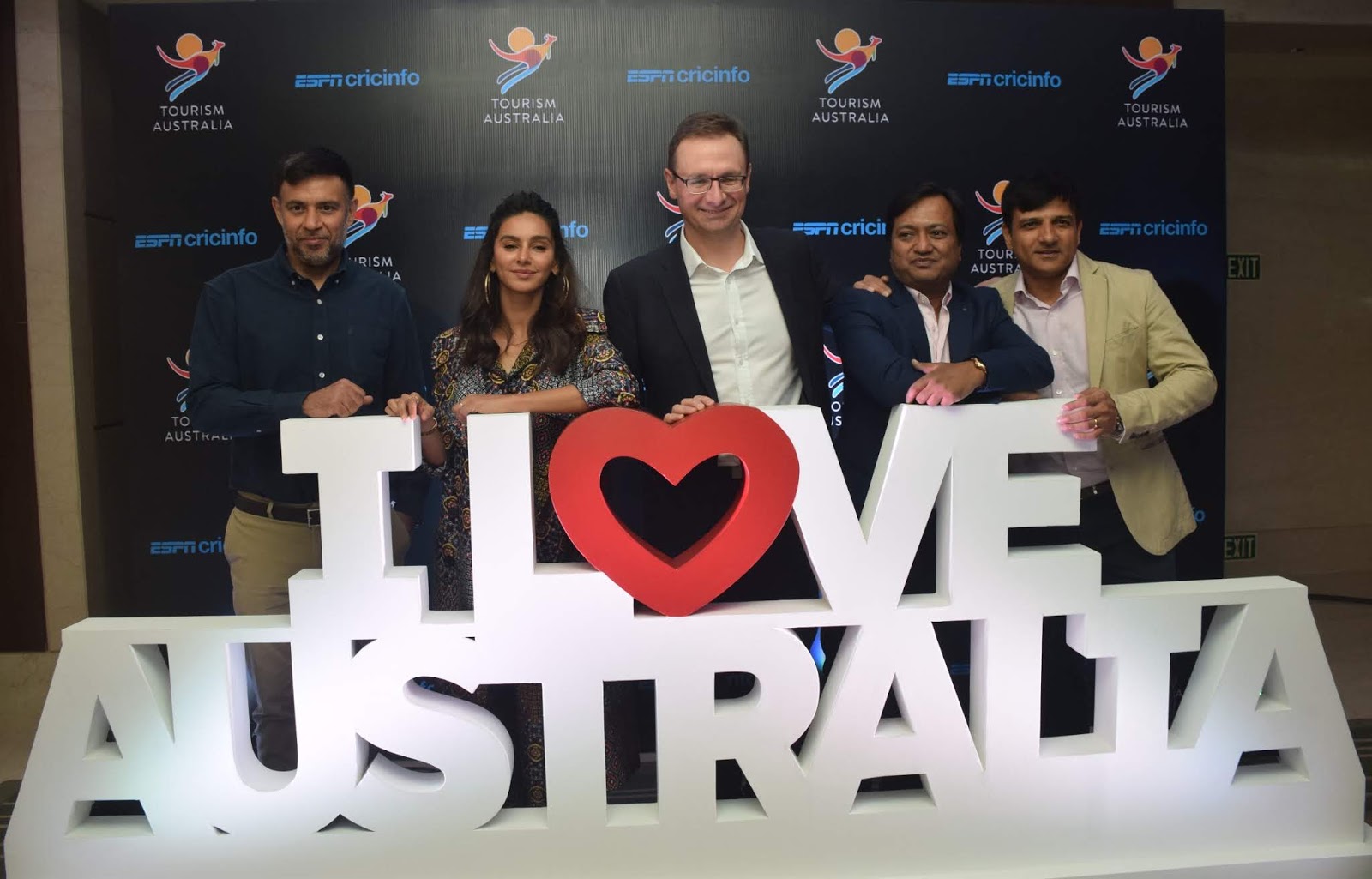 Jasdeep Pannu, Head of TV Initiatives, ESPN said, “ESPN appreciates the power of video content which is accelerating at a tremendous rate. Over the last few years, digital video and the platforms they are consumed on have redefined the media landscape.  The power now lies with the consumer in terms of choice of content at hand and time of consumption. It’s an exciting time for content creation – with multiple formats and new viewing behaviour opening new avenues of coverage and entertainment – in sport and elsewhere. At ESPN, creating value-rich content for our sports fans is central to our values. At the same time, staying ahead of the curve in conceptualising properties that are relevant to consumers helps us learn, unlearn and relearn what works best for the sports fans of today – and it keeps our fans engaged at multiple levels with our app, site and content.” Commenting on the collaboration, Akshaya Kolhe, Head of Sales, ESPN said, “We are excited about our partnership with Tourism Australia and look forward to an entertaining and insightful content for our fans.  This partnership for the upcoming India-Australia series will take the synergies to the next level.  The marketing solution team at ESPN India office worked in tandem with Tourism Australia board to create amazing sports stories. The content includes a host of former Australian cricketers talking cricket, narrating unheard stories, discussing India & Australia cricket history amidst the beautiful and charming locales of Australia.” 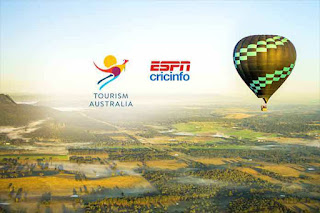 This amazing cricket travelogue will be showcased across ESPNcricinfo platforms during India’s cricket tour to Australia from 21st November 2018 to 18th January 2019. The content will have shelf life and relevance beyond the series. This video series will be an integral part of ESPNcricinfo’s popular Pre & Post show called Match-day. Apart from this, a detailed long-form content created around each of the Australian city will also be showcased natively across the ESPN network. To increase its reach further, a strong off-platform strategy has been planned around ESPNcricinfo’s social media platforms (Facebook, Twitter, Instagram), curated videos on YouTube channel and ESPNcricinfo’s other content syndication partners. The content series is expected to reach over 20Mn fans across ESPNcricinfo and it’s off platform extensions. Arrivals from India to Australia grew by 19.6 per cent for the year ended August 2018 with an influx of 342,000 visitors for the year, making India the 8th largest inbound market for Australia. UnDiscover Australia on your next holiday.

About Tourism Australia
Tourism Australia is the Australian Government agency responsible for promoting Australia to the world as a destination for business and leisure travel. Tourism Australia’s purpose is to increase the economic benefits to Australia of tourism, supporting the industry’s Tourism 2020 strategy, which aims to grow the overnight annual expenditure generated by tourism to more than A$ 115 billion annually by 2020.

The organisation is active in around 17 key markets, where it aims to grow demand for the destination’s tourism experiences by promoting the unique attributes which will entice people to visit. Tourism Australia’s activities include social and digital media, traditional advertising, public relations and media programs, trade shows and programs for the tourism industry, consumer promotions, online communications and consumer research.

ESPN IN INDIA
India is a key part of ESPN’s growth – in the Asia-Pacific region and globally – and its presence in the country is powered by the potent combination of ESPN’s leadership in digital sports and its long-term collaboration with Sony Pictures Networks India.

Serving the massive and vibrant sports fan community with entertaining, insightful and high-quality products and content, across digital devices and television, is at the core of ESPN’s strategy in India and the subcontinent. With offices in Bangalore and Mumbai, it boasts a world-class team that includes technologists, developers, editors, journalists and more who make up ESPN’s largest technology and digital editorial teams outside the United States.